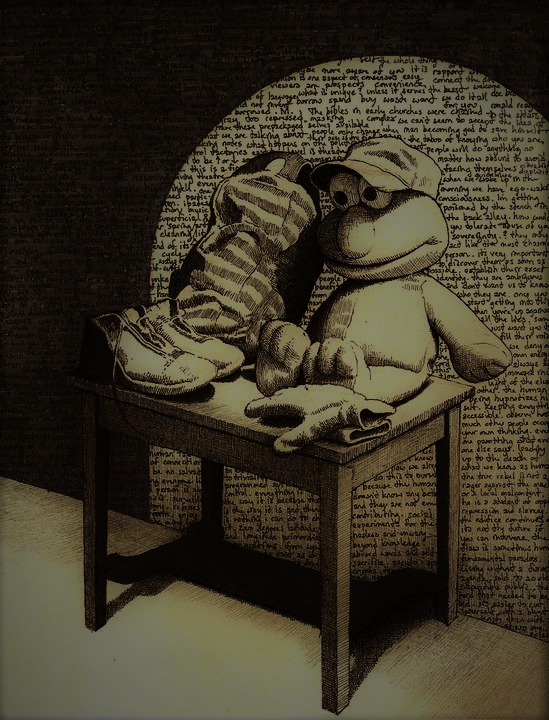 In a collaborative effort, each participant feels each other out, extrapolating what they will from the interaction, projecting what they will in exchange. Which is fine. It may become a problem when the minglefest mentality becomes a virtual undertow of sorts, and this kind of thing defines all human interaction. Soundbites and cud-chew for a world of distraction that will continue long after the mingler’s gone.

The play-out of self-images (and conflicting belief systems), when it comes to the common plot-loss of who you are and what you’re doing here, when environments of half-assed projections threaten to cloud your vision, are usually not to be taken seriously unless someone pulls out a weapon of some sort.

There is such a thing online as a fake identity generator. Something to that effect exists “offline” as well, only it isn’t called that. It’s probably more of a challenge to pin down when you’re immersed in it.

It amounts to a network of perpetual misinterpretation, where prejudices are cultivated on different levels of awareness for the sake of survival as either a self-image, conscious lifeform, or both. Not that there’s anything wrong with that. But if ever one or more of these characters starts to betray a lack of interest in co-existence, it’s probably good to know for future reference.